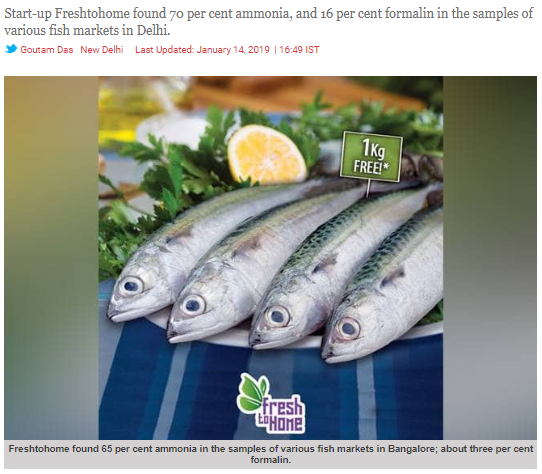 There was always something fishy about India’s fish market, estimated at $50 billion and an industry that employs about 14 million.

A chain of middlemen in the supply-chain exploited the fishermen. They don’t always get a great price even when the price mark-up could be as high as 80 per cent between the coast and what the consumer pays. The market is fragmented and fishermen, often illiterate, depend on the middlemen to sell their produce in cities. The middlemen, who buy from the coast and then transport, are also mostly unaware of food safety. Given India’s broken supply-chain, they use preservatives to store the fish.